Jai Shah said- Thank you for reposing faith in BCCI and BCCI Women. Viacom has promised Rs 951 crore, which means a per match value of Rs 7.09 crore for the next five years (2023-27). It is fantastic from the point of view of women’s cricket.

Jay Shah pointed out that today’s bid for media rights for the Women’s IPL is another historic mandate. This is a big and decisive step for the empowerment of women’s cricket in India, which will ensure participation of women of all ages. It is indeed a new dawn. 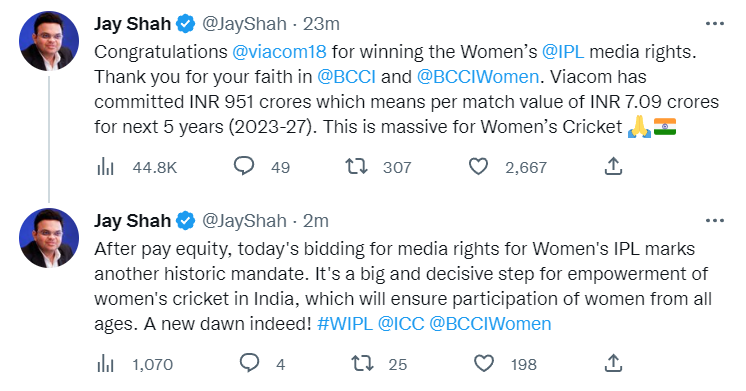