The toss is getting delayed due to the wet outfield. However, light rain has started again. In such a situation, there may be further delay in the toss. There are still covers on the pitch. 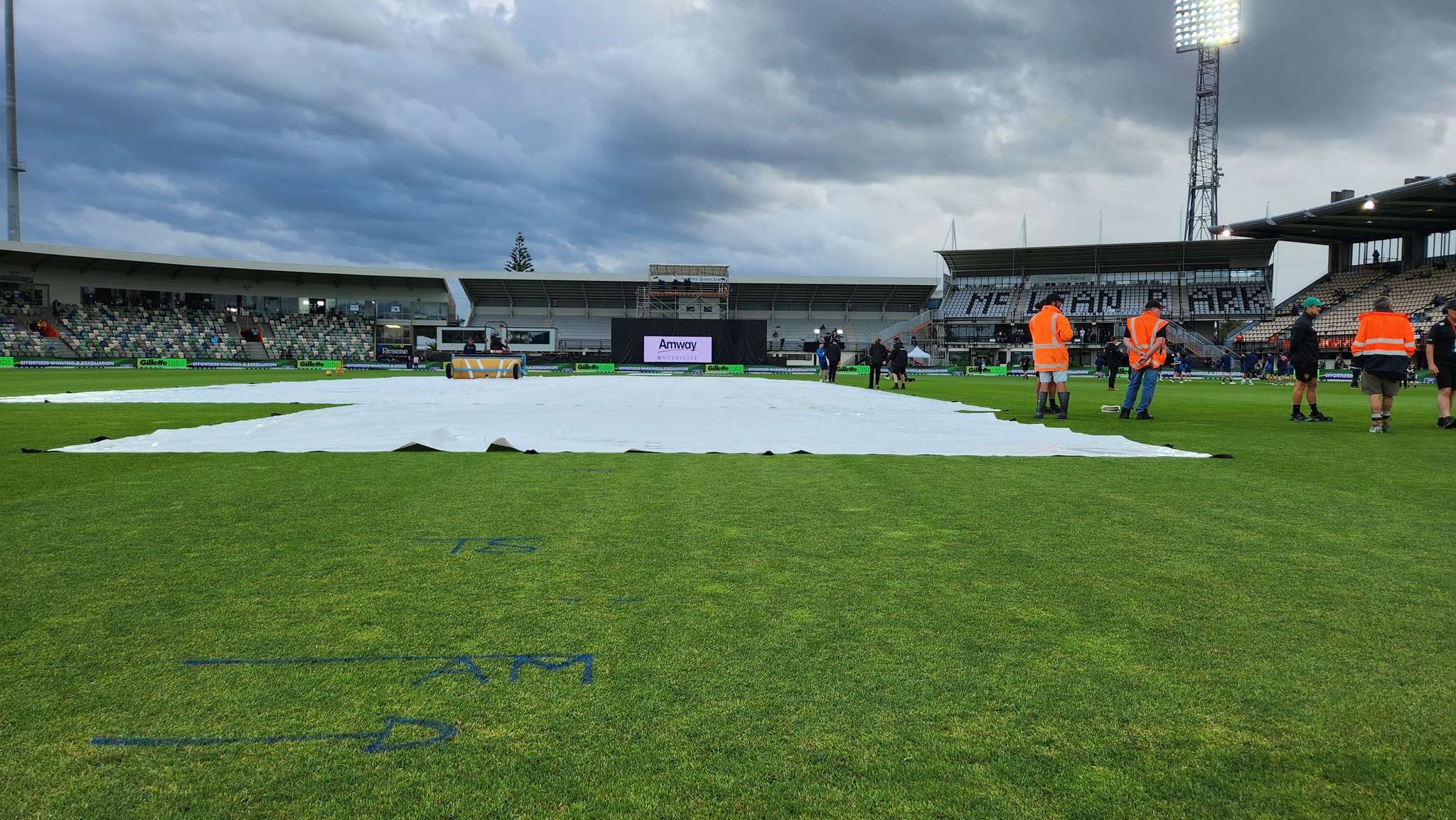 Commentator Simon Doull said that the rain had stopped in Napier. However, the pitch has been kept under covers for now. However, the players of both the teams have started warming up. In such a situation, it will be a matter to be seen whether the toss can be done on time or not.

IND vs NZ Live: How will be the weather condition in Napier

There is a 70 per cent chance of rain on match day in Napier. According to the report of the Meteorological Department, the possibility of rain was expressed before the match and the same is happening and due to this the start of the match is delayed. At the same time, there is only 70 percent chance of rain in the night. In such a situation, rain can disturb the second innings. However, both the innings must have at least five overs of play for the match to result. In such a situation, the possibility of getting the result of the match is very high.

A bad news is coming out before the match. It is raining heavily in Napier. In such a situation, clouds of crisis are hovering over the match. The third T20 can also be canceled due to rain. The first match of the series was also washed out by rain.

IND vs NZ Live: Shubman Gill can also be an option

Captain Hardik Pandya’s post-match comments were to go by when he said that the management is unlikely to make much changes for the third T20I. In the absence of senior players, Shubman Gill is also a contender to start the innings. However, it is believed that he will get a chance in the ODI format.

IND vs NZ Live: Will Samson and Malik get a chance?

Now the question arises whether Team India will come out with a change in the third T20? There is a demand to bring fast bowler Umran Malik and wicket-keeper batsman Sanju Samson into the team. Now it has to be seen whether he gets a chance or not. Sanju Samson can prove to be a great option in the opening. He has played on this order in many matches in IPL. At the same time, Umran Malik had a chance to play on the tour of Ireland. Since then he has been waiting for his turn.

IND vs NZ Live: Will Pant open with Ishaan?

Talking about India, after the poor performance of the openers in the T20 World Cup, questions are being raised about the attitude of the team. The same situation was seen during the second match against New Zealand. If Suryakumar Yadav had not scored a century, the team would have barely been able to touch even 160 runs. Ishaan Kishan started well, but could not play a big innings. His strike rate was also nothing special. Rishabh Pant was dismissed after scoring six runs off 13 balls. Shreyas Iyer and Hardik Pandya disappointed in the middle order.

IND vs NZ Live: India did not play any T20 in Napier

Talking about New Zealand, she would like to end the series on par by returning to Napier. He will play T20 match for the first time against India on this ground. Team India does not have the experience of playing here in the shortest format of cricket. The Kiwi team can take advantage of this. New Zealand have experience of playing four T20 matches here. He defeated Bangladesh here in 2017. After that he was defeated against England in 2019 and Pakistan in 2020. In 2021, the Kiwi team again defeated Bangladesh in Napier.

The first T20 of the series was canceled due to rain in Wellington. At the same time, India won by 65 runs in the second match played at Mount Maunganui. In this way he took an unassailable 1-0 lead in the series.

Hi! Welcome to the live blog of Amar Ujala. Today the third and last match of the three-match T20 series will be played between India and New Zealand. The Indian team is currently 1-0 ahead in the series and by winning this match, they will look to capture the T20I series. If this happens, it will be Team India’s second consecutive T20 series win on New Zealand soil. Earlier in the last tour in 2020, Team India won the T20 series 5-0.