Ecuador fan before the opening ceremony: 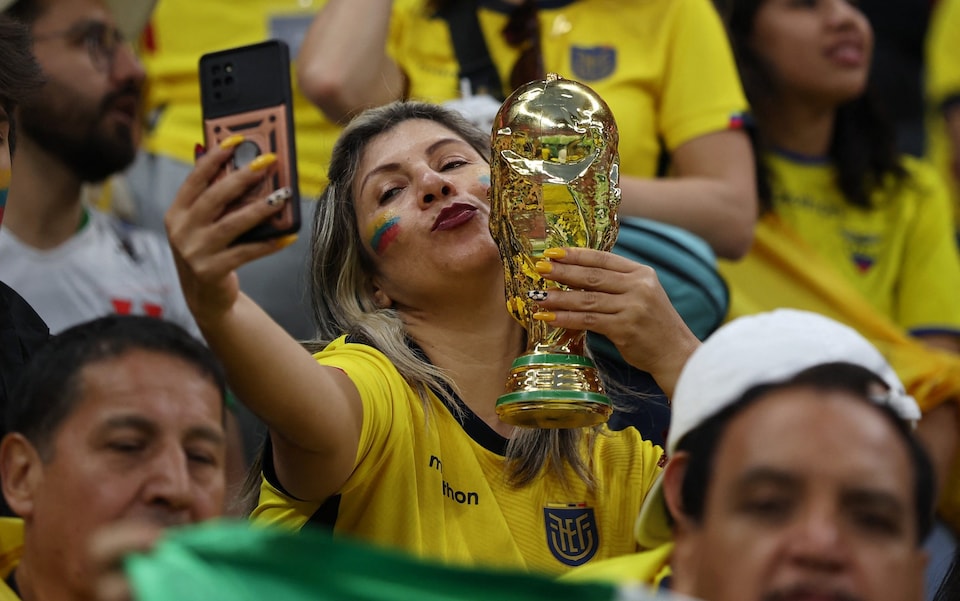 FIFA WC Opening Live: On which channel can you watch the opening ceremony in India?

Sports18 has the rights to broadcast the FIFA World Cup. Apart from Sports18, you can watch the opening ceremony and matches on Sports18 HD channel.

FIFA WC Opening Live: Shakira can be seen in the opening ceremony

According to The Telegraph, big names expected to attend the opening ceremony include Colombian pop star Shakira, who sang the official anthem of the 2010 World Cup. Apart from them, Black Eyed Peas, Robbie Williams and Nora Fatehi can also be seen.

Vice President Jagdeep Dhankhar arrived in Doha on Sunday on a two-day visit to the Gulf country. He will represent India in the inaugural FIFA World Cup. Dhankhar is visiting Doha at the invitation of Sheikh Tamim bin Hamad Al Thani of Qatar. “Vice President Jagdeep Dhankhar warmly welcomed in Doha, Qatar,” tweeted External Affairs Ministry spokesperson Arindam Bagchi. Apart from attending the opening ceremony of the Football World Cup, the Vice President will also interact with members of the Indian community during his visit.

Jeon Jung-kook, better known as Jungkook, is a South Korean pop singer. He is the youngest member and vocalist of the South Korean boy band BTS. He will show his mettle in the opening ceremony. It has been announced on the official Twitter handle of the World Cup 2022.

“See you at the opening!” – Jung Kook

There is tight security around the stadium. The fans keep coming. Some security officers are armed with batons. Fans are celebrating all around. He is enjoying this football fair. Qatari and Ecuadorian fans posing for photos with each other.

FIFA WC Opening Live: 22nd Football World Cup will be inaugurated in a while, Shakira can be seen in the stadium

Hello, welcome to the live blog of Amar Ujala. The 22nd Football World Cup will be inaugurated in Qatar shortly. The opening ceremony will be held at Al Bayt Stadium. During this, South Korean band BTS will be seen. Indian actress and model Nora Fatehi may also appear. More than 900 artists will perform in this stadium with a capacity of 60,000 spectators. After the opening ceremony, the first match between the hosts Qatar and Ecuador will be played on this ground.